At Casa Verdi, the Guests are also in contact with the most significant items that belonged to Verdi himself - especially the contents of his apartment in Palazzo Doria, when he lived in Genoa: an extremely private residence to which only a few friends were admitted.

There is old-fashioned furniture, made according to a taste that may even make us smile a little today, but that could quickly become fashionable again. There is, for instance, the Turkish Room, decorated in an oriental style that permeated Europe at the end of the nineteenth century. Above all, however, there are the paintings dear to the Master, and students of opera history eye them greedily. 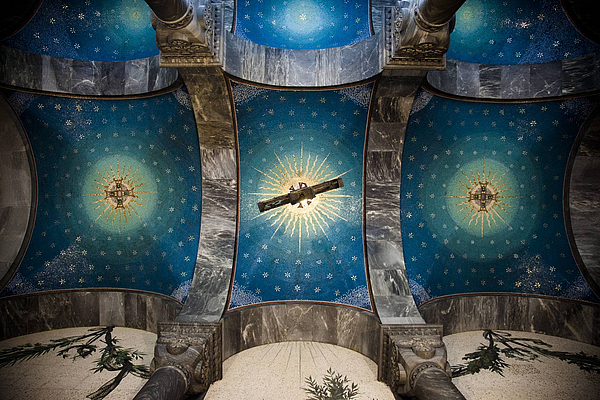 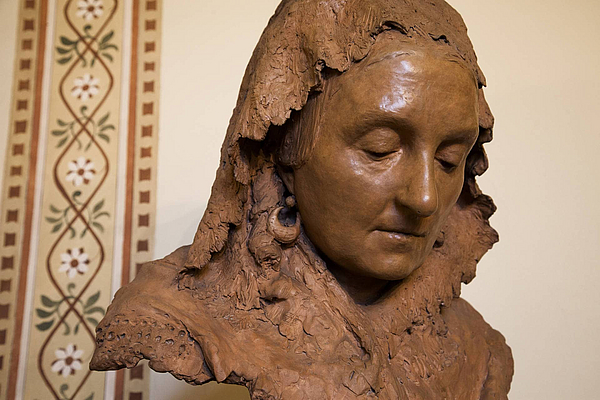 For instance, there is Domenico Morelli's painting (1857) inspired by the Foscari, a glorious family of Venetian doges that fell into ruin and was slandered and beaten. Anyone who knows Delacroix's sumptuous painting and then looks at this sketch by Morelli will feel the profound cultural difference: here, the old doge is affectionately attended by his relatives in a picture of great humanity and pity. Verdi's 1844 opera, I Due Foscari, certainly influenced it. It is a document, or rather a symbol, of how Verdi's intuition taught people to go to the heart of human dignity in every story.

But there is another painting by Domenico Morelli, this one dating from 1876, which represents “The Obsessed”. And here, in this biblical subject, what strikes us is above all the great, empty, earthen surface, the great space, the oriental flavor - an orient that, in this painting, brings together the world of Nabucco with that of Aida. It has something more interior, more tangible, than mere orientalism - as if Morelli had been able, through painting, to put his finger on the secret relationship between the composer and history - real history, which we can picture at a distance.

There are other paintings and other works of art in Casa Verdi: the great Vincenzo Gemito's busts of Verdi (in bronze) and his wife Giuseppina Strepponi (in terracotta). Gemito, who unfortunately went insane, was a realistic sculptor: this is why we see Verdi's thoughtful but also a bit wildly heroic look, without any exaggeration, and Strepponi's mild, everyday qualities.

In short, among the medals and objects - including one of the composer's pianos - that remind one of Verdi's life and, somehow, of his presence, there are also works that lead one to reflect on a broader awareness and to perspectives that have not yet been analyzed.

It is interesting to have such a stimulating cultural and artistic atmosphere in a rest home. Here, yet again, memory is entwined with the capacity to progress from itself toward vital thoughts and ideas in an entirely original way and without resorting to proclamations. For that matter, Verdi was capable of protesting against the critic Filippi, of the Perseveranza newspaper, who wanted to follow him to the premiere of Aida in Cairo, because the composer felt that this would have been “propagandistic”. This proud unruliness, this humble feeling for limits and for history's patience, takes us by surprise today.

Anyone who deals with Casa Verdi, even through the pages of a book, and who senses the presence of this modest attitude, may feel almost embarrassed. One would like to write drily, without praising, without leading the reader toward admiration. Yet this would contrast with the need to draw attention to the fact that an initiative, an institution, a living organism, has survived for a century, and that even today it can exist uninterruptedly and above suspicion.

This is precisely in keeping with Verdi's style: perhaps out of coquetry, perhaps out of pessimism, he imagined that his fame would probably not have survived him by more than thirty years, and yet he has always been considered one of the strong, clean, great figures in our history, untouched by any objections, past or present, apart from aesthetic debates connected with tastes; these had already begun during his lifetime and have always been a bit exaggerated but, in the end, they are in keeping with the theater's vitality.