Verdi stands in front of the Rest Home. High up on a large pedestal, his hands clasped under his jacket behind his back, he looks off into the distance. This is the monument created by Enrico Butti and unveiled on 10 October 1913, the centenary of Verdi's birth. It's an anti-rhetorical monument: the Master's attitude is relaxed. For the Milanese, the image is the familiar one of a man who takes part in life but is also a bit of a loner and looks off into the distance; a homespun monument in keeping with democratic times, as Alberto Savinio wrote in 1944:

“[He seems] a passerby just a little taller than the other passersby, and who is standing still. But when the rain pours down, as it's doing today, it's painful to see our melodious father exposed to the deluge, bareheaded and coatless. You feel like leaping over the wrought iron fence, helping the good Master to step down from his pedestal, giving him a hand to get him across the street, under your umbrella, and helping him into the Rest Home.” 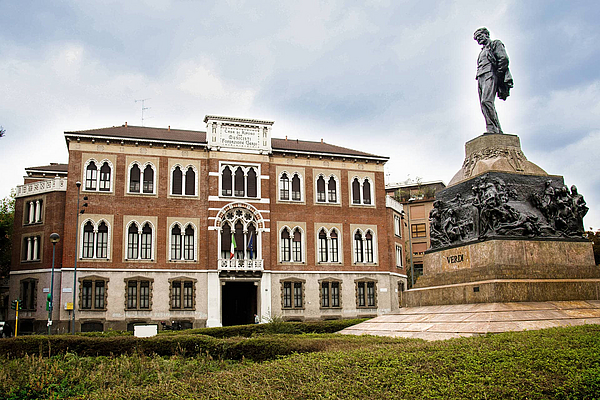 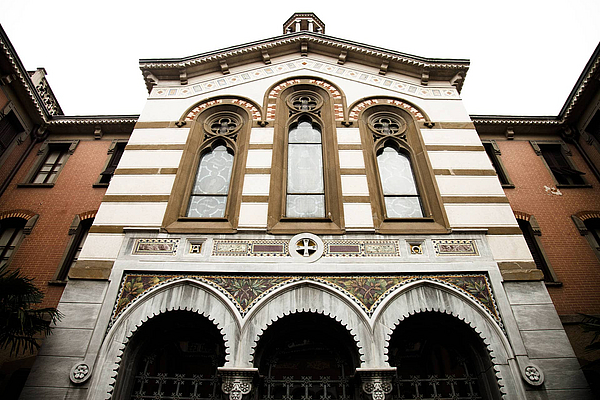 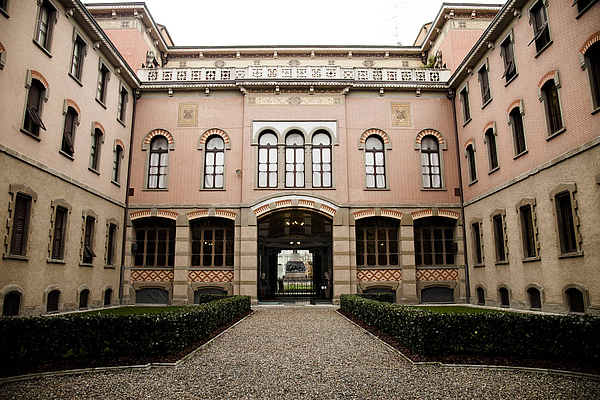 Verdi had been in the Rest Home many times - before it opened, of course - checking up on it, impatient to see the work concluded; because he was as intolerant as he was exacting, and he walked around also to contemplate with satisfaction what - as is well known - he considered his life's finest work.

In the first publication about the Rest Home, published by Ricordi, Leawington couldn't manage to keep Verdi out of his description of the rooms and of the panorama seen from the Home:

“The refectories consist of two large, well-lit rooms, each with two of the façade's biforate windows: thus they give onto Piazza Michelangelo Buonarroti, from which an endless panorama broadens out, culminating with the far-away white pinnacles of the Duomo [cathedral] and, even farther off, a fluctuating line of mountain-phantoms - the hills of the Brianza and the mountains near Como, which ripple gradually into their valleys. This is the airy spectacle, expanding beneath the sun, that the Great Master many times stopped to contemplate from the Home's side terraces. Standing or seated, immobile, with that sharp, phosphorescent look of his, calm or moving about nervously, in those final years of his glorious life: who knows what thoughts passed through his mind, what visions came to him, what memories, what regrets, what joys, or what sorrows made him feel good or disturbed him? It was obvious, in any case, that some of his pauses (sometimes prolonged into actual silences) were full of sadness; and it was obvious that his way of speaking in bursts, with a hesitant voice, interrupted by dry little laughs, expressed conflicting emotions; and it is significant, at least for us, today, that his facial lineaments would recompose themselves into an expression of peaceful, aware, almost solemn satisfaction, void of even the slightest shadow of vulgar pride.”