As everyone knows, this home was built to house retired musicians - a place “where those who have lived in the world of music, in the theater, can find peace, comfort, proper well-being for extreme old age, without prejudices, in a true concert of equality, in sovereign respect for human dignity,” as the conductor Gianandrea Gavazzeni wrote in the book edited by Guido Lopez fourteen years ago.

Who are these musicians? Gavazzeni explained: “Anyone who has lived in the theater and in the world of music well knows how varied are the fates and fortunes, the ascents to success and fame and the descents to decline and sunset. Some artists are successful for a long time, others are not; some have solid marriages or family situations, others live in solitude; some safeguard and save their earnings, others spend everything, deluding themselves that fortune will always smile on them; and still others see the results of their parsimonious caution demolished by the general financial situation.”

For the sociologist, this is a matter for documentation and inquiry, and a psychologist could study various extreme ways of thinking and feeling. But for Verdi and for all those who share his way of thinking, it's not a matter of cases but of individuals. And not of everyday individuals, but of artists: people who have nurtured in their hearts the promise of secrets to be revealed, the bold acts and solitary gestures to be carried out in the hope of making a gift of them to everyone; people who have had the courage to choose to conquer a utopia; people who, for the most part, are musicians accustomed to the hard work of matching theory to practice, sublime mathematics to quick understanding, professional weariness to the tiny flame that continues to remind them of their reasons for doing what they're doing. 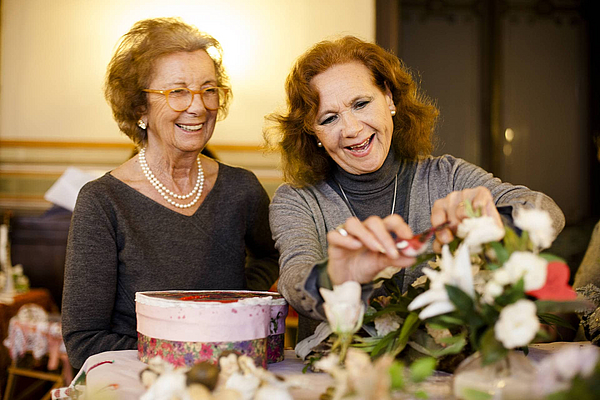 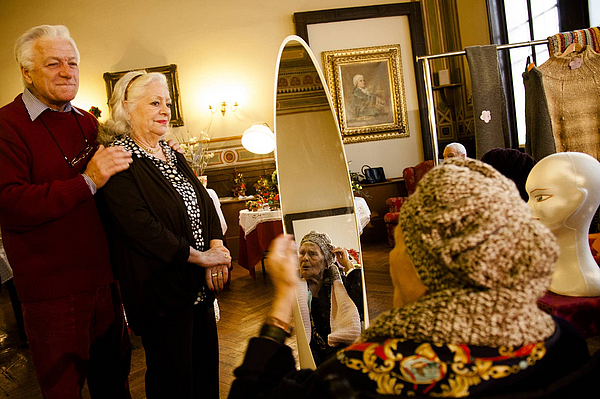 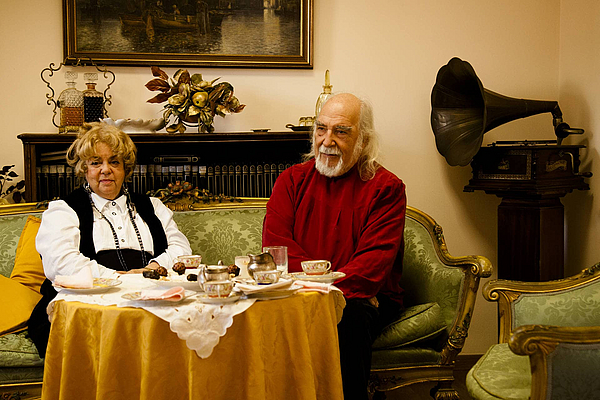 Verdi knew these people well, and he didn't want to organize, re-order, and assimilate them according to some model; nor did he want to put them somewhere that would imply that they were no longer what they had been. This is why it feels as if he were living among them, as if he were the guest in their homes.

All who arrive at the Rest Home can bring their own things with them, furnishing their own rooms or filling them with whatever is dearest to them. They can dress as they like and as they have always done. It used to be the case - and I fear that it still is - in many of these places, that the residents had to wear uniforms. There were practical reasons, of course, for this somewhat military requirement, but there was also a subtle ideological substratum. Verdi decisively and harshly prohibited it. This was so natural, so logical; yet in looking at the oldest photos of Casa Verdi, those dear artist-Guests seem to be wearing something that resembles a uniform; it may be only an impression or a suspicion. Everything is slow and difficult when one sets out to rediscover the most natural freedom.

In any case, upon entering Casa Verdi one notices immediately that the people there are people and that life is life. There is no basic model, no pretense about the goodness and wisdom of senior citizens. But if life is life, there are bound to be tensions and solitude, little problems and hitches, and even arguments and nastiness. I don't think there is any age - not even childhood - that is free from such things. But what Verdi sensed and offered from the start, without having explained it, is that the overall situation changes if you offer an artist the nobility of a place, the ease connected with not feeling that one is a prisoner, the lack of oppressiveness when one has neighborly relations. There is no place within the home where those who receive visits from friends or relatives have to excuse themselves or look like sad cases. You notice in everything the extraordinary, concrete reality of the sophisticated peasant - a reality that was present in every one of Verdi's initiatives.

When he donated the hospital at Villanova [near Busseto], for instance, and insisted that nuns be there to care for the patients, he had to renege his anticlerical comments: it was sufficient for him, however, to compare the gentle, expert, or at least hygienic and well-organized way in which the nuns cared for the sick with the way in which the local peasant girls would have had to improvise. Verdi's careful and demanding exactitude was in keeping with his logical concept of theater, of putting works on the stage: don't think about good intentions or about superficial appearance, but work to achieve concrete results, step by step. Casa Verdi isn't perfect, but it has developed thanks to the habit of discussing concrete problems, not by celebrating the goodness of its donors - which is nevertheless taken to heart by the Guests and by all decent people - or by vaunting itself as an exemplary institution. Casa Verdi is everyday life, and it has judged itself on that basis since the days of Verdi's earliest heirs.